Steven Spielberg: ‘It’s all about making kids feel like they can do anything’

“From ET to Jaws, Steven Spielberg has brought us cinema’s most enduring stories. He reveals why he’s driven by fear, how he beat his bullies….” by Tom Shone

“I’ve always said to my kids, the hardest thing to listen to – your instincts, your human personal intuition – always whispers; it never shouts. Very hard to hear.”~Steven Spielberg

Take Youth by the Hand and Lead Them 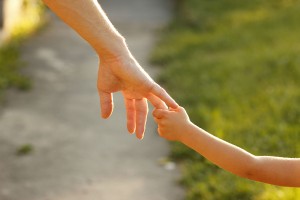 When you see a child, take them by the hand and lead them to a future they never imagined they could never had. At Innov-E Foundation, this is what we are endeavoring to do.  It could be a teen in the Dominican Republic, Haiti, or anywhere else in the world or a child with special needs that might not even be able to communicate. All these children need an opportunity to find their niche in life or find a way to put some of their energy into a productive way by acting, writing, singing, photography, film producer or film director. We want to help children, no matter their financial, physical or mental capability to that chance.

We are in preliminary planning stages of holding an online and live art auction in South Florida and we need finances to do this.  We are a new non-profit and we want to help artists from the Caribbean get exposure for their paintings as well as raise funds for our next project. Right now we need $6500.  If you would like to help the future youth of our country and the world, take the time to go to our website and donate to Innov-E Foundation. Qualified donations are tax-deductible.

“The potential possibilities of any child are the most intriguing and stimulating in all creation.” 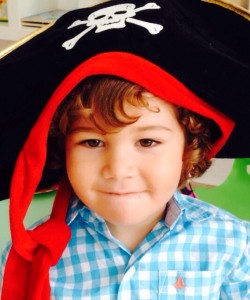 Out of the world’s total population, 85% live in developing nations. Sixty percent of those live in the Asian region, while the birth rate in developing nations is presenting a negative growth rate. Yet 66% of the youth in the world live in countries that show a per capita income of less than one thousand (USD$1,000) dollars per year!

One would ask, “What do world youth desire?” A report for the United Nations Economic and Social Affairs reveals that they want opportunities to develop a sense of independence, competence and participation in society.  However, there exists an estimated one billion illiterates in the world and women account for 66% (UN Report on Global Situations of Youth); such situations has led to studies on depression and suicide in developing nations by the W.H.O. that reveal that 75% of all suicides are committed by females.

Innov-E Foundation sought to identify a consensus of actions to be implemented worldwide in order to better environment, enhance competencies and secure active participation in society and it appears that it must include:

To contribute to the process of nurturing creativity as a basis to the building of skills, and having learned that 50% of the world population have a mobile phone and that an increasing percentage of that total is of “smart phones”, providing video and photographic capabilities,  Innov-E will provide specific information on creative use of audiovisual capabilities of mobile devices; encourage skill building in movie creation as a vehicle of expression and facilitate counseling to developing nations and special needs youth.  In such pursuit we endeavor to identify best practices of leading institutions that share the same interest for the youth. One of these is the Sconniewood Film Festival in Wisconsin, which claims that: “Making films in America is one of the most creative outlets young people enjoy today. We believe the process of writing, vision planning, organizing people, project management, art direction, and carrying a project to the end can enhance the positive traits that empower young leaders to become successful. After the work is completed, students will then see how it all comes alive during the festival.”

In 2015, Innov-E Foundation is organizing the first “Developing Nations and Special Needs Youth Film Festival” and to that end, creating lasting opportunities for the talents to be discovered, Innov-E is opening up for contributions for the Film Scholarship Fund. Today, inspiring creative use of mobile devices has progressed from short films to feature films such as “Olive” by Hooman Khalili.

Thus, we invite you to help us bridge the gap, by promoting the waves of creativity in youth and build a better present and future for us all. Please contribute to Innov-E Foundation today. You will be so happy you did!   Thank You!